On Sunday June 26th the extended Dr.Backup team got together for our annual Seafood and Crab feast. This year, we traveled to Mike’s Seafood restaurant in Riva, Maryland – overlooking the South River and a stone’s throw from the Chesapeake Bay.

After a “brief” staff meeting, the chow-down began.

Beverages of course were varied and ranged from orange “crushes” to imported beer — some with unpronounceable names. Water, iced tea and sodas were available for our designated drivers! 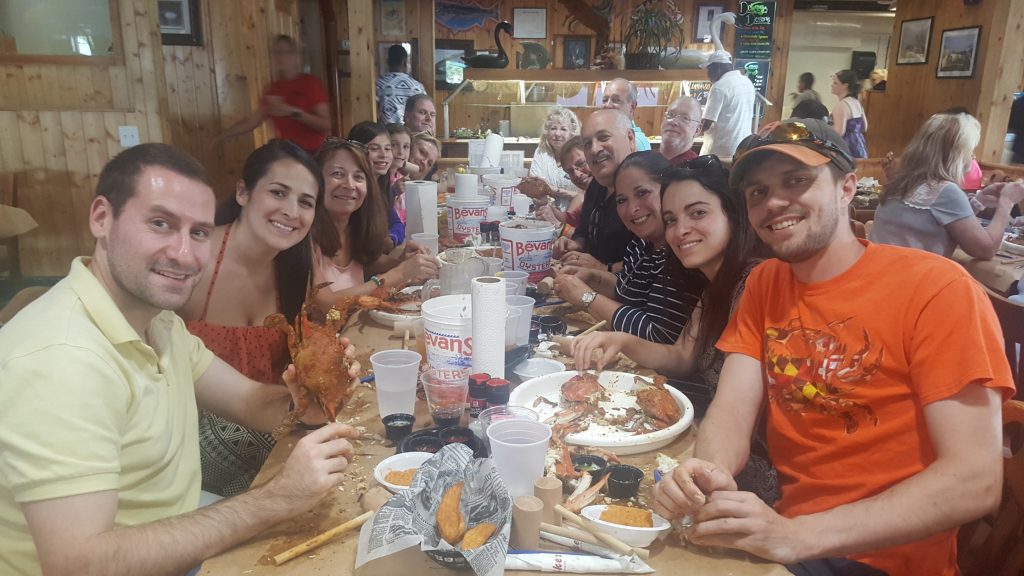 It was really great getting everybody together in one place for a happy time – sure beats scrolling through thumbnail pictures of “friends” on Facebook.

A special shout-out to some new faces prominent in the crowd this year: Gentry and Brighton – no doubt future Dr.Backup interns!

Of course the day wouldn’t be complete if it wasn’t dotted with a dose of reality. Just as the event was swinging into high gear, our after-hours pager advised us that a client needed an emergency restore of their server files.

Never a dull moment at Dr.Backup!